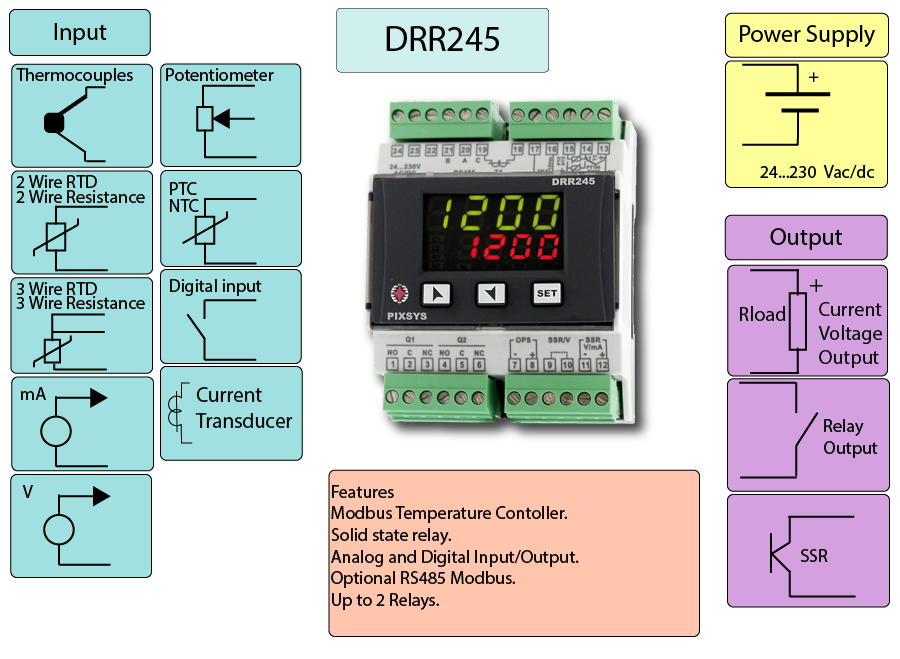 The DRR245 DIN Rail Mounted Temperature Controller is designed to be installed in a control room or MCB and comes standard with 2 relays, SSR output and Modbus RTU. There is also a digital input to activate a process which allows soft start and gradient temperature rise. Also as standard is a current transformer input.
The DRR245 accepts inputs from most sensors including thermocouples K, J, R and S. RTD PT100, PT500, PT1000 NI100. Thermistors PTC1K and NTC10K. Process signals and universal inputs 4-20 mA, 0-20 mA, 0-10 volts, 0-40 mV and potentiometers with a range up to 150 K Ohms.
The DRR245 has two 4 digit displays, one for the process variable and the other for the set point.
The DRR245 also has 2 relays and a solid state output with on-off control, proportional control, proportional integral control, proportional integral and derivative control. This control can be set up manually or with Autotuning.
The DRR245 can be programmed with the front panel keypad or PC based software and multiple units can be cloned with the use of a memory card enabling high speed configuration. The PC based software can also be used to monitor several temperature PID controllers or Proces Controllers in a wide variety of applications. 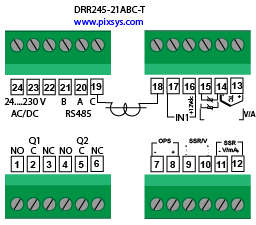