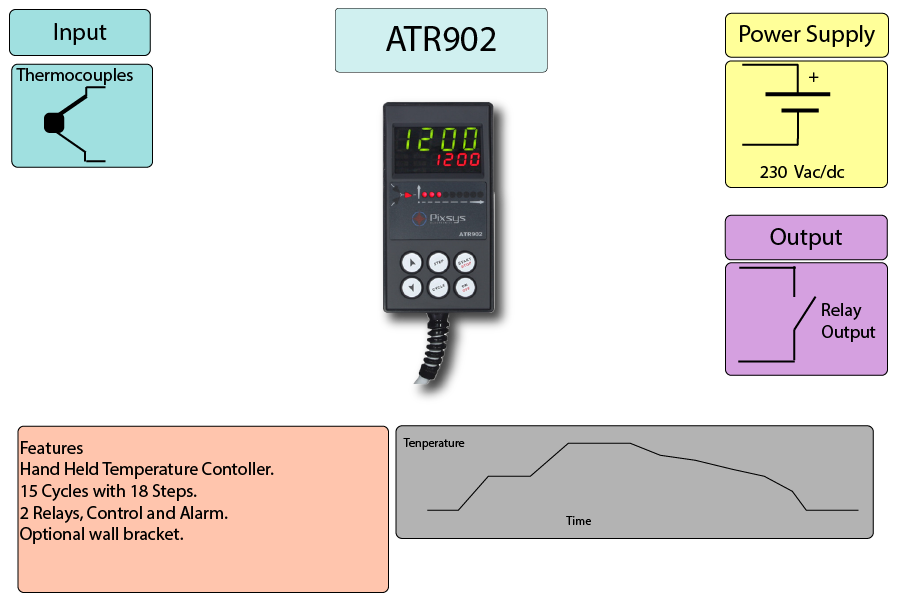 The Programmable Multi Cycle Temperature Controller ATR902 is a plug in programmable temperature controller which is able to have up to 18 segments such as heat, cool and dwell over various time periods. The ATR902 can store up to 15 sequences. It has six keys for programming and there are also keys to stop, start the process and also step through the process. The ATR902 has 2 relays with a contact rating of 1 Amp. The ATR902 accepts sensor inputs from K, J, S, T, N, R or E type thermocouples.
The ATR902 has a bar graph display indicating the progress through the program and two 4 digit displays, one for the process variable and the other for the set point.
The ATR902 is able to withstand environmental conditions and an optional support bracket is available to help with mounting the controller.
Desired control is maintained with on/off control or P, PI, PD or PID and auto tuning. The ART902 was designed with the ceramics industry in mind but can also be used in many other applications, such as glass, jewelry and dental kilns. 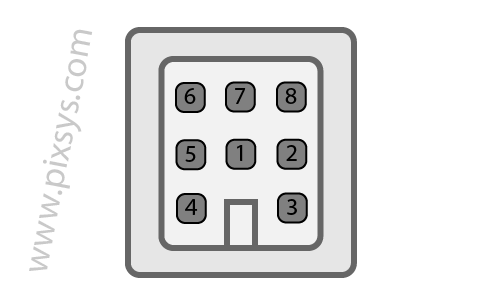