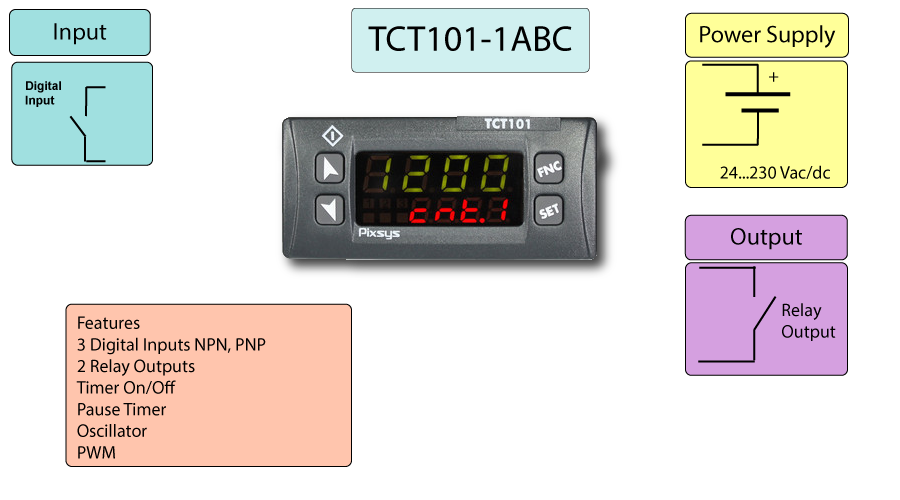 The Process Timer TCT101-1ABC is a panel mount 4 digit 2 line display meter that can be set up for various timer functions, such as timer off, timer on, pause timer, timer on and off, proportional timer. The TCT101-1ABC has 2 relays that can be used for various functions and has 5 Amp contacts. The timer periods can be set in multiples of 1 hundredths, 1 tenths of a second, seconds, minutes or hours. With the aid of the front touch panel or digital input it is possible to interrupt the timer. The unit also has a function that can set the output to toggle on and off over a period of time. Other options in the TCT101 series are:
The TCT101-2ABC also has two 4 digital displays and can be configured to count up or down and can be a dual counter.
The TCT101-3ABC is a tachometer input indicating speed or frequency and can provide a digital output at a high speed.
The TCT101-4ABC-T is a combination containing a timer, counter and tachometer and it also has a Modbus RS485 output. 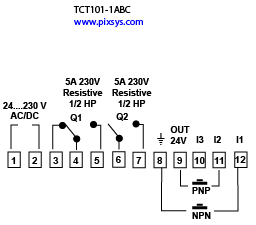